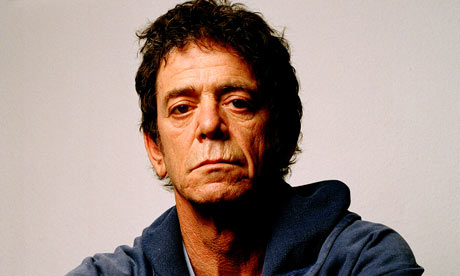 For those of you on Methow time, I come bearing bad news. Brooklyn has lost one of its fine sons. The legendary Lou Reed, the artist, died Sunday in his home on Long Island after complications due to liver disease. He was 71.

After 50 years of hard core rocking, his work is now left as an echo, proliferating through the world. “Reed fused street-level urgency with elements of European avant-garde music, marrying beauty and noise, while bringing a whole new lyrical honesty to rock & roll poetry” says Jon Dolan of Rolling Stones Magazine. And yanno what, folks? He’s right.

Reed brought urgency to music. It was an urgency–a manic desire–to press the edges of consumable music. He commingled with art in every aspect. He wasn’t just a musician, he was a performer. Here’s a clip of a factory show (I believe) when the Velvet Underground and Andy Warhol existed in symbiosis. It’s sketchy, it’s erratic. It’s art, man.

But under the cacophony within this clip there is an underlying artform. Music and poetry in motion.

And Lou managed to create poetry that highlighted the insidious underbelly of the world in songs like “Heroin” and “Take a Walk on the Wild Side.”

John Cale (violinist for Velvet Underground) said of Lou, “he seemed extremely vulnerable with a very viceral sense of claiming his identity. It seemed like his identity was very clear when attacking, not that there was an ingrained of identity[…] this unnerving and psychologically disturbing persona was struggling to have an artistic expression that was being stifled by his surroundings and himself […] Lou was very adept at sponateneously erupting into elegant forms of prose and poetry.”

Though never becoming the quintessential rock star, Reed’s music lingered and grew over decades. He’s now considered one of the greatest poet songwriters, only second to Bob Dylan.

But the greatest lesson we can learn from Lou is his commitment to art and pressing its borders. In a time of one-hit-wonders, Lou seemed to follow Darwinian theory and evolved constantly, applying craft and spontaneity into his work. Perhaps we can all learn from the legend.

Enjoy the day, friends. We are lucky to have it.